Experiencing the Reverse Cultural Shock as a Third-Culture Child

and protecting your children from its detrimental effects 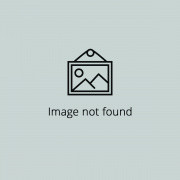 When a child grows up in one culture, they perceive this one culture as “the normal state of facts.” They know, foreigners speak another language, live in different-looking cities, celebrate other types of holidays. However, children are unaware, that many habits they consider “normal,” like taking a school bus every morning, are only typical for their culture. Once they grow up, and go abroad, they might experience a culture shock.

Not everyone deals with it well. Some hate it, and can't wait to return home. Others fall in love with the freshness of everything around, and become so addicted to the feeling of experiencing new things that they want to travel all the time, so as to keep their worldview challenged at all times.

Then, there’s another group, the ones who choose to stay abroad. They do so usually because of a new relationship or an excellent job opportunity. With time, they grow accustomed to the new place and take people’s habits as the “new normal.” And when they return home, they suddenly realize, they feel foreign. They look at their parents’ habits, at the society’s trends, and go through another type of shock: the reverse cultural shock.

I lived in as many as three countries, and experienced reverse cultural shock multiple times. This is my story:

I was born in Poland. At the elementary school age, I moved to Italy for a year. When returning to Poland , I was certain everything would be the way it was, when we left. But I was wrong, going back felt like switching to another reality.

In Poland, the school system was much more advanced than in Italy. Before leaving, Polish school was manageable... After returning, everything has become incredibly hard. I had to study all the time to catch up with my old classmates.

Another problem were interests and hobbies. Italian girls of my age loved spending their time, watching anime about magical girls, and reading fantasy books. However, their Polish counterparts chatted about make-up and dates. After returning to Poland from Italy, I was considered “childish” by my peers.

Then, there was a mountain of other things. In Italy, we used to eat bread at dinner. In Poland, we typically eat bread for breakfast and supper – never for dinner. Or, another example: because the climate in Italy is quite warm, I got used to walk everywhere in jeans and a t-shirt. In Poland, people looked weirdly at my choice of clothing (no jacket, seriously?!). And one more example, in Italy, everyone was rather easy-going. Making new friends was really easy, all you had to do, was chat someone up. I tried it in Poland, and it backfired. Many people were rude. Or, they were polite, but considered me “somewhat strange.” I eventually became silent and withdrawn to fit the local stereotype.

When I moved to China as an adult, the reverse cultural shock of returning to Poland – and Italy – became even more significant.

Before leaving Europe, I’ve always thought it was normal for people to know at least 2-3 foreign languages. But going to Asia showed me, being bi- or trilingual is less common. Most people I’ve met, only their mother tongue only, plus some very basic English. I’ve never thought that Poles are a nation talented in foreign languages – but we are!

As for examples of the reverse cultural shock of going to Italy after China, I was surprised to notice that in both countries, the elders love sitting outside of their houses, enjoying the sun. And, both Italian and Chinese women love dressing very elegantly in informal situations – which is not necessarily the case in Poland, where girls prefer to dress like their favorite subcultures (e.g. gothic).

So it’s true: travelling teaches us a lot about our home country!

Let’s focus now, on how to deal better with the effects of reverse cultural shock - both as individuals and parents.

My best advice would be to find expat friends that go through the same situation as you are. Simply finding another person that understands you will help you feel emotionally supported.

When return to your home country, try to be realistic, rather than optimistic or negative. Know that things aren't going to be perfect, but do your best to appreciate the good. Enjoy things that you know will work for you. Each time I return to Poland, I know I might bump into someone that’s impolite. However, I try to ignore it, and focus on the good: meeting my best friends in our favorite café and enjoy our ice cream parfaits.

As for protecting children from negative consequences of reverse cultural shock, there are many things that you can – and should – do. First of all, talk to your kid. Tell them, that things might be different that they were before. Let them know, it’s normal if their old home doesn’t feel like “home” anymore. Warn them, that they might need to look for new friends, and that it’s nobody’s fault – life goes as it goes. Suggest signing them up for extra classes related to their interests, so that they can make new friends as soon as possible.

The worst thing that you can do to your child after returning home from abroad, is leave them alone with the feelings of inadequacy. If you don’t tell them that they are experiencing reverse culture shock, they will conclude there’s something wrong with them. They might become depressed and isolate themselves. The reverse cultural shock can cause them to deeply dislike their country of origin, and they might incessantly look for ways to go abroad again, this time, to stay there forever. For them, their country of origin doesn’t equal “home” anymore, and they might go great lengths to find a place in which they really feel “at home.”

To avoid this scenario, actively help your child cope. If you see that they keep struggling after the return, consider consulting a professional. The earlier you act, the better.

I hope that these tips will be useful for you. Do you, or does anyone you know, cope with reverse cultural shock? Please share your experiences in the comment section below! 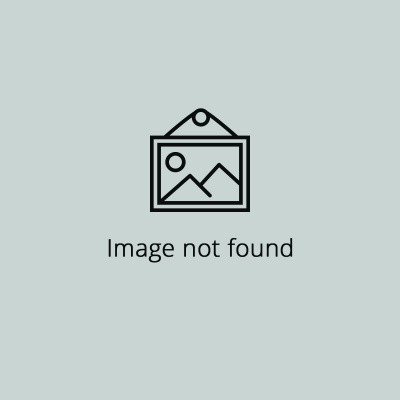